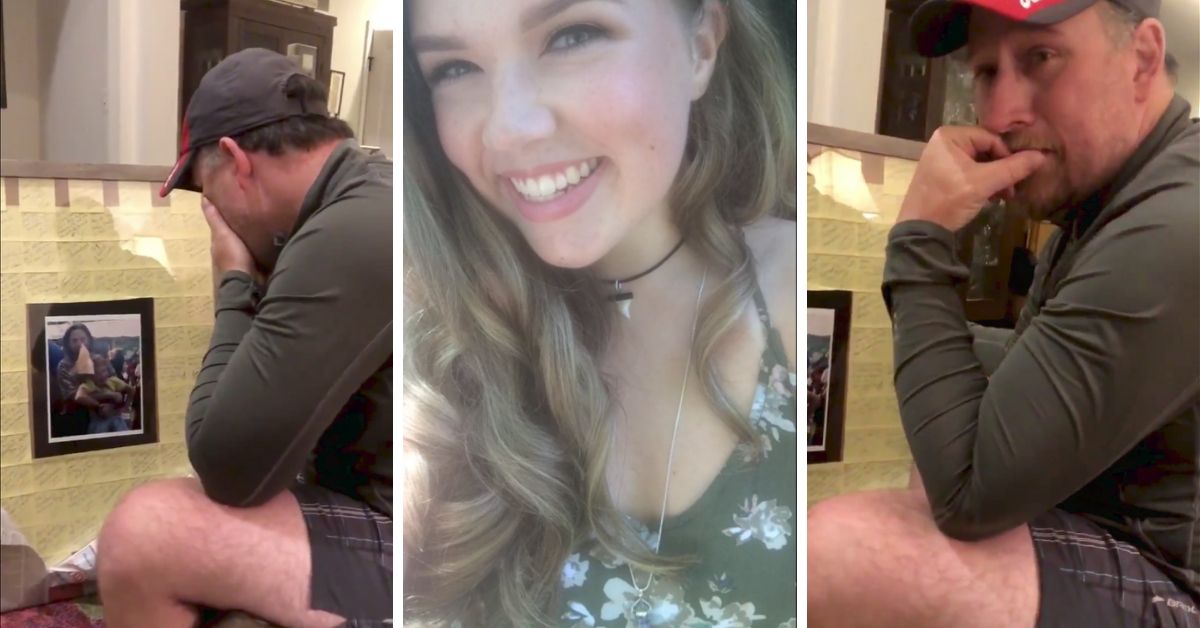 Families don’t always have to be made of biological members. Yes, re-marrying or finding a new partner can be complicated when children are involved in the equation. And with good reason. Difficulties inevitably arise in these tricky situations but when it works, it can lead to beautiful results.

This is the case for Brian Sandusky, 46, who was brought to tears by his stepdaughter’s Father’s Day surprise, something special that celebrated his years in her life.

He supported her all throughout middle school

While Sophia Wilcox was in middle school, Brian wanted to do everything possible in order to be present for her. He came up with the idea to leave an inspirational message, written on a post-it, on her door every day.

Turns out Sophia never threw them away.

“During middle school, my stepdad used to leave me a note on my door each day to inspire me. well, I kept those notes & It’s been 6 years since then. Today I gave him those notes back,” Sophia wrote on a Twitter post.

She put them all together in a frame

Sophia gathered the notes on a frame, featuring a picture of her and Brian together in the middle. She wrapped the present with newspapers.

When Brian opened the present, he was stunned. “These are all your notes,” he said.

Brian was not expecting this surprise

Sophia posted the video on Twitter and it quickly went viral, touching so many people. “I never get emotional but, congratulations, you’ve hit that spot. I got emotional,” said one user. Another user also pointed out how Sophia’s gesture was incredibly meaningful, as stepfathers don’t get enough credit:

Sophia reveals that the surprise had completely blindsided Brian.

He was so shocked when I gave it to him because he hadn’t known that I kept all the notes. He told me later that he was beyond moved.

She also revealed how much she appreciates him and how he has changed her life for the better.

He’s been in my life for about 10 years now. He’s a very supportive man and always tries to make me laugh, even on a bad day. He’s changed how I see the world and I’m very grateful for that.

Families are about love, not blood

Sophia’s incredible Father’s Day present shows that families are about the efforts we put into caring for each other, not the blood bond that prove we are biologically related. She never forgot Brian’s incredible efforts to be present when she was a child–and made sure to celebrate his presence in her life. That’s something we can all take example from.

Will There Be a Day When Technology Takes Over Us All?
Imagine Living Your Dream (Official Lyric Video) Fearless Motivation
Healing PTSD One Breath and One Day at a Time
How Do You Become the Hardest Worker in the Room? | Phil Heath | Goalcast
How to Have a Life Worth Living | Jordan Peterson’s Best Advice to Young Adults