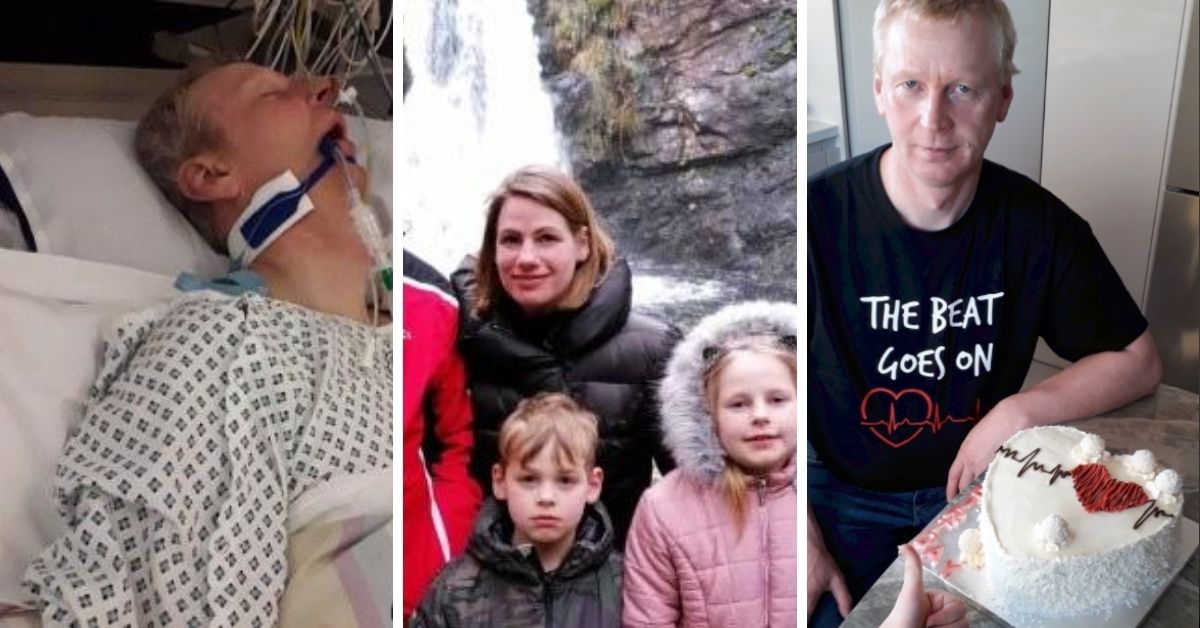 The love between a wife and a husband has just reached a new incredible level. When Sanita Lazdauska, 39, noticed something was wrong with her husband, Juris Lazduaskis, 45, she immediately sprang into action.

Her quick thinking and refusal to give up on her husband has quite literally saved his life.

He stopped breathing and turned blue

A mum of two, Sanita climbed out of bed one morning thinking her husband was asleep. But then, instead of his usual snoring, she noticed he was making strange noises. Soon enough, he had stopped breathing and started turning blue.

I heard he was making a funny noise – something unusual. ‘I turned around and it sounded like he was snoring, but it wasn’t a normal snore. I thought that he was having a fit because he was curled up.

“I tried to shake him and wake him up but he wouldn’t stop. His eyes were open, but I knew he couldn’t see me,” she added. “It lasted a minute and then he fell back, limp and blue, and stopped breathing. That’s when I knew, “we’re in trouble”.

Sanita immediately dialed 999 and was told she would have to resuscitate him. They told her to perform CPR, and keep compressions to make sure the blood kept flowing through his body after his heart stopped.

She kept up the pace for 30 minutes before the paramedics arrived. After 50 minutes, Juris’ heart started beating again.

Juris had a cardiac arrest

It turns out Juris had a cardiac arrest and would not have survived the episode, were it not for his wife’s incredible efforts.

A year later, Juris now calls this his second life. The family, located in Cregduff, Ballinrobe in Ireland, held a “rebirth” party for Juris where they invited the paramedics who helped him.

He always talks about his first life and said this is his second life. It was very emotional to see them all, to sit down and have a chat.

“[The paramedics] were delighted to see him doing so well because the majority of cases they attend the outcome is very different,” Sanita said. “So it was nice for the team to see someone they had saved.”

Watch this Goalcast video for another everyday hero story:

He had no memory of the event

When Juris was rushed to the hospital, he was put in a coma. When he woke up a day later, he didn’t remember anything. But one thing is certain, he is glad to be alive.

“He’s delighted to be here and he’s enjoying life, he is making the most of it,” Sanita said.

As for Sanita, she stays humble about her amazing actions.

There was not much time to think about me being a hero. At the moment it’s just part of our life, it’s just one of the experiences. It’s a tough one, but you can’t choose.

Tonight, pick one problem to sleep on
How to Audit Your Life by Asking the Right Questions
Insecure In Her Body, This Woman Lost Half Her Weight And Became A Fitness Model
For Everyone Who Has Ever Felt They Were Too Much
If You Think You’re Not Good Enough to Pursue Your Passion