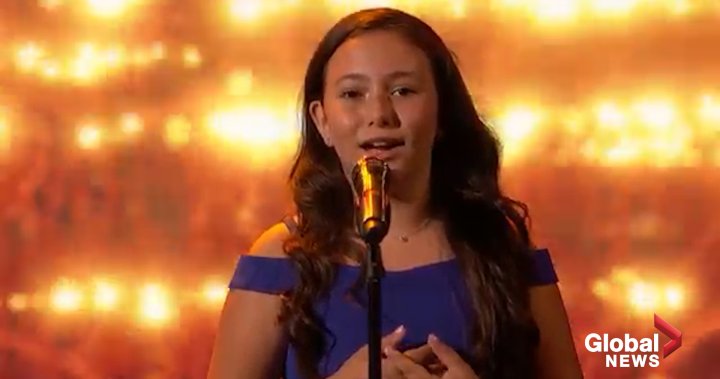 The 10-year-old Canadian singer, who recently made it to the semi-finals of America’s Got Talent, spoke with the hosts of The Morning Show on Global News about her limited stage fright.

When asked if she got nervous performing in front of celebrity judges and a large audience, Battaglia didn’t budge.

A few performances ago, Battaglia was seen tearing up in front of judges and instead of linking it nerves, the singer said it was nothing but “tears of joy.”

The Toronto-born singer also spoke about getting advice from fellow Canadian and judge Howie Mandel.

“He’s also a very sweet judge and a Canadian like me,” she said.

She also spoke about getting feedback from substitute judge and singer Kelly Clarkson one week.

“It gives me a lot of strength for the next round … I am very excited.”

Earlier this summer, Battaglia wowed judges with a performance of the Oscar award-winning Lady Gaga/Bradley Cooper duet Shallow — from 2018’s A Star is Born.

She was also the youngest contestant to receive the show’s golden buzzer, which is only allowed to be pressed once by each judge during the season.

This meant the Toronto singer was advanced into the quarterfinals from her earlier auditions.

This year’s America’s Got Talent winner will win US$1 million in prize money.

I Will No Longer See Myself As Someone Who Needs To Be Fixed
Adam Levine and Behati Prinsloo Had to Break Up to Realize They Were Meant to Be
Winter in a pandemic: How cold air could make the coronavirus spread more easily
Tonight, pick one problem to sleep on
What Helps Me Get Strong When Life Gets Hard