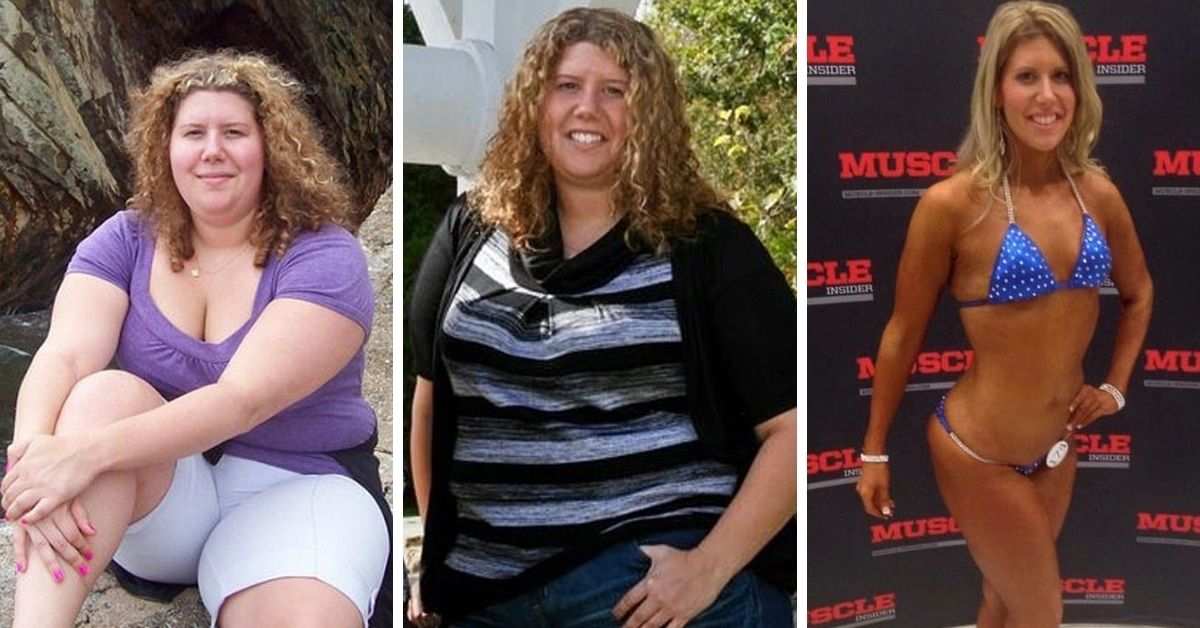 Donna Gillie’s struggle with overeating started in her early teens, but by the time she graduated college and reached her peak weight, she decided it was time to transform her life.

“My trigger foods are with no question sweets. I love chocolate, ice cream and cheesecake and always will,” Gillie told Cater News.

At 22, she’d had enough of feeling insecure in her own skin

“I remember sitting at my desk at work at my new job and feeling very uncomfortable, and at about 230lbs and 5’4” it’s no wonder that was the case,” she said.

Determined to get healthy and fit, her initial goal was to become more active, so Gillie signed up for a gym membership and took up Zumba, body pump and step classes.

“Even the people I saw in those classes, they gave me inspiration every day because maybe they started where I had. I got to hear all of their stories too,” she said in an interview.

Soon after, she started running and signed up for 10k races.

“I began with small steps, I didn’t actually change the way I ate until fairly far into my fitness journey,” Gillie, of Nova Scotia, Canada, said.

Eventually, she reached a plateau, but instead of throwing in the towel, she saw it as an opportunity to make changes to her diet and start working with professional trainers.

From overweight to fitness model

After losing 100 pounds, she hired a coach and began weight training to sculpt her figure, before signing up for her first fitness competition.

I entered not because I wanted a plastic trophy or any recognition but something for myself – to prove to myself I could shape my body after all my hard work losing the weight I wanted to build my body.

Her first time on stage was nerve-wracking but she pushed through fear with the support of her coaches, who helped prepare her for the moment.

“I truly enjoyed the process. I was 115lbs the day of my show – exactly half the woman I was when I started working out,” said Gillie.

Following her positive and empowering first experience in 2015, she competed a few more times, even if she never placed well, just to be able to say that she did.

Through her success, she inspired her friend and co-worker, Sophie Lemoine to give competing a try.

“When I did the competition prep, I only lost about 15 pounds and I found that really difficult,” said Lemoine. “So, to think about losing over 100 pounds, that’s just really impressive, all the work and dedication that must have went into that.”

Her one advice to anyone looking to make some changes

To this day, Gillie continues to train regularly and believes the key to success is to keep a positive mindset, while powering through challenges along the way. She’s feeling better physically and mentally than ever before.

Money can’t buy you the body that you want, you have to put in the time, effort and dedication, just keep consistently trying.