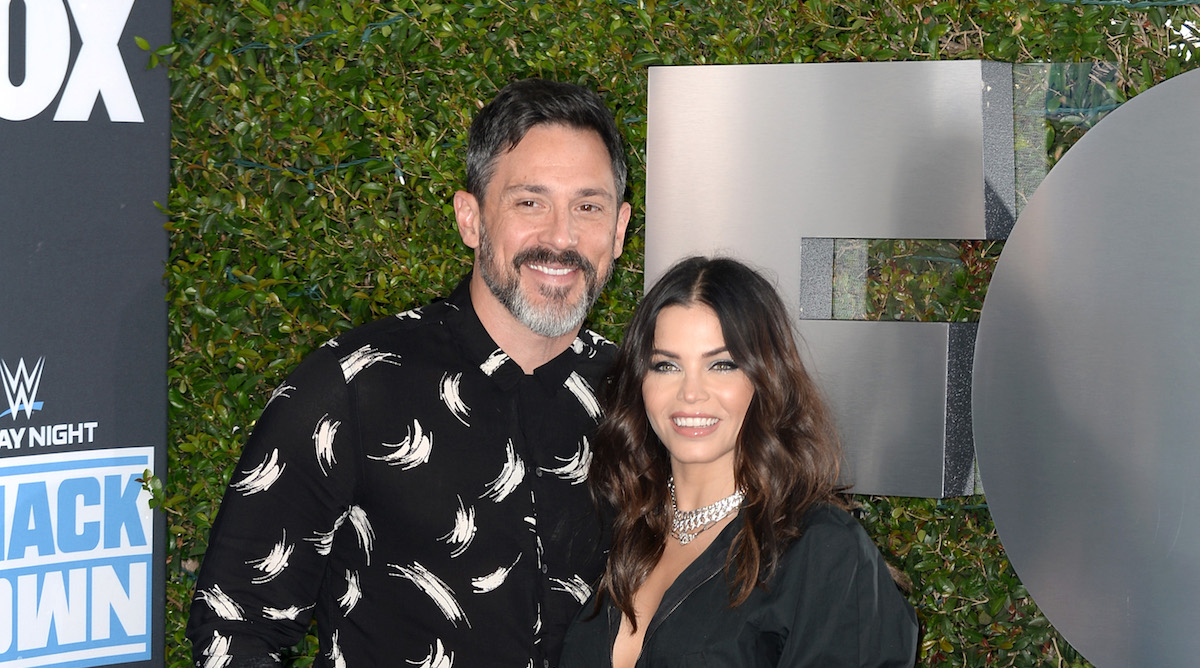 In April 2018, Jenna Dewan and Channing Tatum took fans by surprise when they announced their split after nine years of marriage. In a joint statement posted to Twitter, the pair assured that there were “no secrets nor salacious events at the root of our decision.” Rather, they were “just two best-friends realizing it’s time to take some space and help each other live the most joyous, fulfilled lives as possible.”

Explaining that they will forever be a family and “will always be loving, dedicated parents to Everly,” Dewan and Tatum weren’t shy about voicing a universal truth: sometimes, you grow apart. “We fell deeply in love so many years ago and have had a magical journey together,” they wrote. “Absolutely nothing has changed about how much we love one another, but love is a beautiful adventure that is taking us on different paths for now.”

Here’s what we can learn from Jenna Dewan’s approach to marriage — and divorce:

As Dewan herself explained to Health magazine in February 2018, there’s no such thing as a picture-perfect relationship. Asked about her Insta-worthy marriage to Tatum, she proclaimed, “We’re not perfect! Are you kidding? We fight like other couples, we disagree about things, we have days where we don’t really like each other.”

Noting that “no one’s perfect,” she told the magazine that a successful union is all about finding someone who complements you. “I think there are such things as great fits,” she explained. “It is a great fit as long as you are growing together, and I think up until this point we’ve really grown together. Even if one starts to grow, the other catches up and vice versa.”

People change and it’s not always in the same direction

We all grow and evolve over time and that doesn’t stop when we’re in a relationship. Sometimes, a couple can find themselves moving in opposite directions, which is when a tough decision needs to be made.

As Jenna told Health, it’s important to constantly assess where you are as a couple, but also as individuals, and make the necessary adjustments. The key is honesty. “I think a couple needs to be conscious and to want to do the work and be willing to look at the parts of you that need work,” she reasoned. Unfortunately, there are times when putting in the work is no longer beneficial, which appears to be the very reason behind her divorce from Tatum.

Although Dewan was initially tight-lipped about the reason for her split, she got candid in her 2019 book, Gracefully You: How to Live Your Best Life Every Day, confessing:

I’d come to realise the dynamic I was in wasn’t serving me nor was it serving my daughter. First and foremost I had to accept the realisation this isn’t working and had moved into hurting.

Shortly after the pair parted ways, Jenna sat down for an interview with BAZAAR.com in May 2018 during which she was asked about being newly single. “I feel a sense of joy and freedom and excitement, truly, about a new chapter in my life,” she told the outlet. “And I have no attachments to how that’s going to look, or what that’s going to be. I feel really open, and I feel hopeful,” she gushed.

But that may not have been the whole truth. Doing the right thing isn’t always easy and, as she admitted in Gracefully You, learning that Tatum had begun dating Jessie J was a blow. “Not only was I fighting an emotional battle of having to let go and move forward in my life, I was learning things about my ex most people wouldn’t have to face — and over the Internet, as it was happening,” she recalled.

There I was, on a plane, alone, finding out about his new relationship. I felt blindsided.

She found love again when she was ready

Just like there’s no perfect relationship, there’s no perfect timeline for love. In October 2018, Jenna started dating Tony-winning Broadway star Steve Kazee and although it was only a few months after her split from Tatum, she felt confident in her choice.

“When I was ready, I started dating someone amazing,” Jenna explained in Gracefully You. “It was this cosmically great thing where we circled back around each other after a moment of instant recognition years ago. Those stories you hear of seeing someone and feeling an insane remembrance that just sticks with you? Well, I had it happen, despite the odds,” she concluded.

It turns out that she and Steve actually crossed paths years earlier — and tears were involved. As she told Us Weekly in 2019, “He was in a show called Once on Broadway, seven years ago, and I went to see the show, and I was blown away by him and his talent, crying my eyes out,” she remembered. “And I took my mom, and we got to meet him. ‘Oh, my God, you were amazing!’”

Years later, I’m single and everything’s different and he reached out to me. He was like, ‘I never forgot meeting you.’ That was a really cool moment. Like I say all the time, ‘The universe works in very mysterious wonderful ways.’

Once Jenna and Steve began dating, they wasted no time taking their relationship to the next level. In September 2019, the couple confirmed they were expecting their first child together — “We are beyond overjoyed and couldn’t be happier to be expanding our family!” they told People — and in February 2020, they got engaged.

Sharing a snap of the ring on Instagram, Jenna wrote that she was ready for “a lifetime to love and grow with you… you have my heart,” she gushed.

Why the rush? Well, it sounds like Jenna and Steve had absolutely no qualms from the start. When Jenna asked her followers on Twitter if people can fall in love at first sight, she got a response from someone very special. “I believe they can,” Steve replied. And we believe they did.

Sharing a piece of his heart on Instagram in September 2019, Steve revealed, “I have waited my entire life for this moment and couldn’t have found a better person to build a family with. The past year and a half has brought so many things into my life that have filled me with the deepest of gratitude.”

“A partner who radiates love, warmth, and kindness,” he continued. “A partner who has faced some of the hardest moments life can deal you with grace, humility, and a desire to learn from the ups and downs. A partner who is continuously growing from those lessons and who supports my growth as a person with love, unwavering support, and understanding.” WOW.

He immediately embraced her daughter

In addition to feeling like their connection was meant to be, another major key to the pair’s success was the fact that Steve immediately embraced the most important part of Jenna’s life: her daughter.

“Jenna also brought with her one of the greatest gifts one could ever imagine… her beautiful daughter,” he continued in his heartfelt note. “Evie burst into my life like a supernova and has continued to burn so brightly in it. I have learned so much about parenting already from watching how amazing Jenna is with her and Evie has taught me so much about what it means to love and communicate with a child and I can’t wait to give her a sibling and make our little family a little bit bigger,” he enthused.

In March 2020, the lovebirds welcomed their son, Callum Michael Rebel Kazee, and his arrival has only made their bond stronger. Sharing a snap of Kazee napping with their bundle of joy, Jenna wrote, “Seeing you become a father is one of the greatest things I’ve ever witnessed. The depth of emotion you feel, the love you share, the insane ability you have to do it ALL for all of us… we are so lucky.”

If there’s one thing Jenna Dewan and Steve Kazee’s fast-paced bond shows us it’s that when you’re sure in your bond, there’s no need to play it safe. As soon as the pair reconnected, they felt they were brought together for a reason, which in turn gave them the confidence to push convention aside and follow their hearts. Because relationships don’t come with a playbook — you just have to do what feels right.

Read This When You’re 28 And Starting Over
Coronavirus: 3 dos and don’ts when it comes to social gatherings
What to harvest from your garden when frost is in the forecast
From toilet paper to electric guitars: How shopping habits of Canadians changed during COVID-19
Child not going back to school? Make the most of home learning