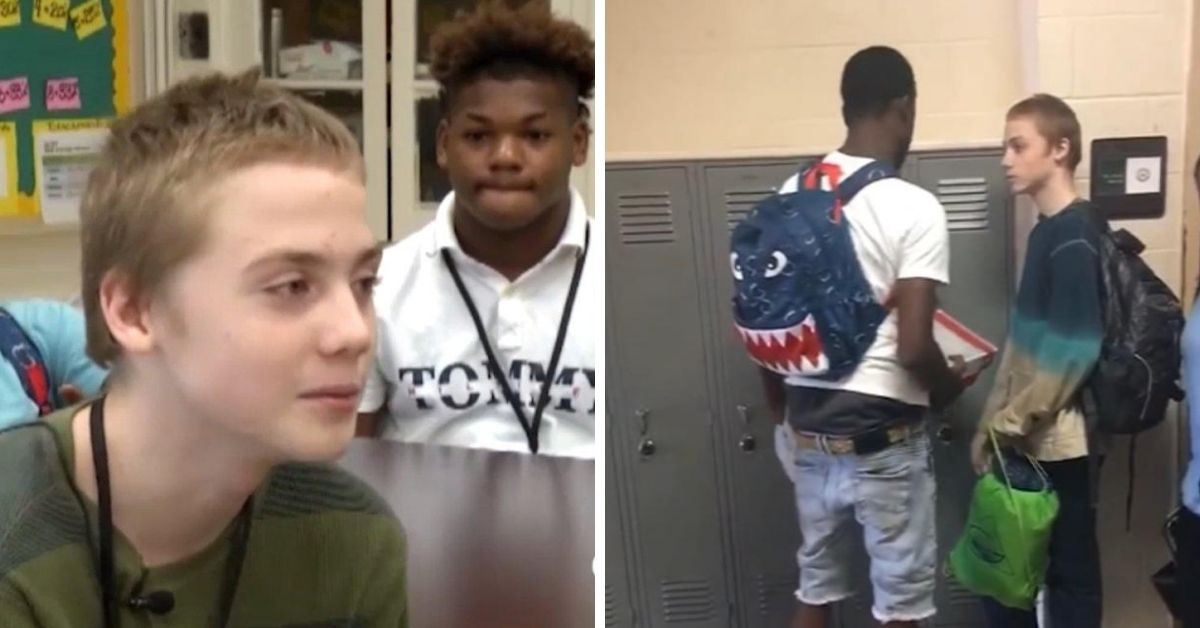 High school can be a really stressful experience for teenagers. It’s even harder to go through that phase of life if you are being bullied.

Often, bullies are cruel and petty. For one high school freshman, he was being treated so badly because of his clothes.

Michael was just starting his freshman year at MLK College Preparatory School in Memphis. From his very first day, he was getting bullied. This went on for three straight weeks at what is now his new school.

Sadly, it was nothing new for Michael.

I’ve been bullied my entire life.

His classmates had noticed that Michael wore the same clothes every day–and as bullying often goes, it was enough for him to become the target of malicious peers.

I really don’t have clothes at home. My mom can’t buy clothes for me because I’m growing too fast.

Then one Monday, things changed

One Monday, Michael was surprised with an incredibly thoughtful gift. Two of the school’s football players, Kristopher Graham and Antwan Garrett, handed him a present: a bag full of clothes!

“I was very happy. Shocked completely,” Michael told ABC 13. He never expected such kindness from his classmates.

When I saw people laugh and bully him, I felt like I needed to do something.

Kristopher and Antwan planned a surprise together

Kristopher went through his own closet and grabbed a bunch of clothes and then asked his friend Antwan for help. He admits he at first had been part of the bullying, but then decided he needed to make things right.

“He wasn’t smiling or anything and I was like, ‘I think this is going to make you smile,’” Kristopher said.

I told him, ‘We’re in the same third period, and I apologize for laughing at you, and I want to give something to you to make it up.’

The beautiful moment was caught on video, and now people from other schools in other states want to send Michael clothes, too!

“It was a weak moment for me,” Antwan said. “I almost cried.”

Both Kristopher and Antwan wanted to put an end to bullying, and in the process, they made a new friend. “You guys are the best guys of my entire life,” said Michael.

Antwan and Kristopher said they hope they inspire others to help those in need.

You can always right your wrongs

Both Kristopher and Antwan used to be part of the bullying that Michael endured. But they realized it was wrong and decided to do better. At such a young age, they are an inspiration for the rest of us and teach us that it’s always possible to become a better person.

5 Reasons Why You Should Share Your Gift With The World
Here’s Why ‘Never Give Up’ Is Actually A Scam
A Love Note to Introverts: 10 Superpowers That Make You Amazing
COMMENTARY: Helpful FAQs as kids go back-to-school with mandatory mask policies in place
Woman Shamed For “Small” Engagement Ring Has A Powerful Message To Haters