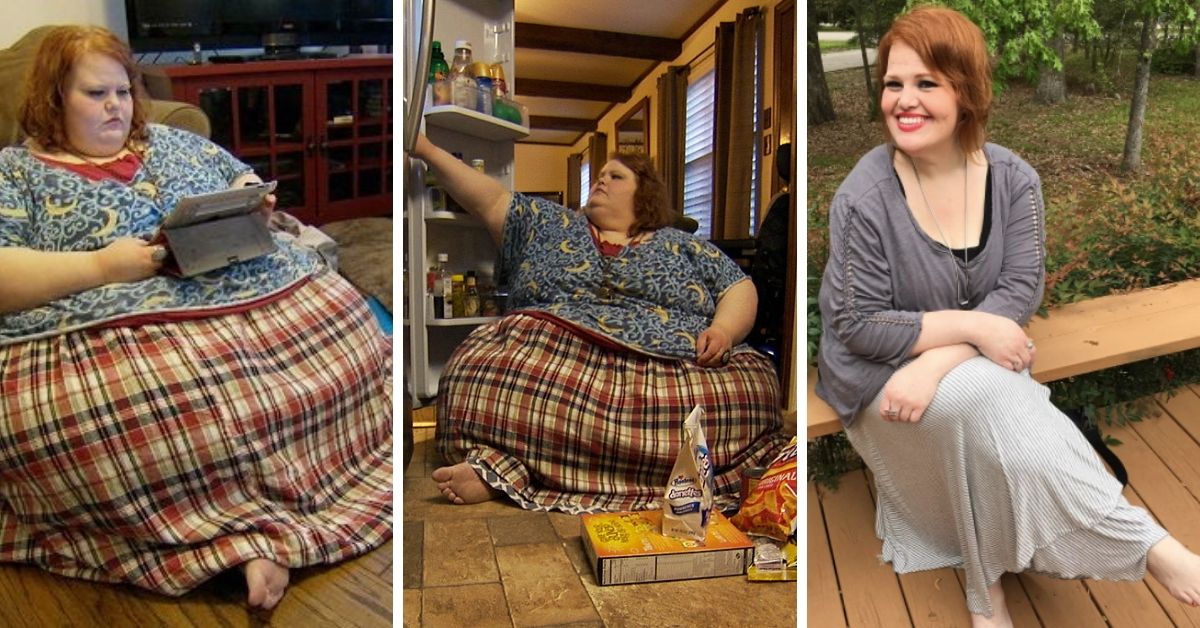 In 2016, Nikki Webster weighed 649 pounds. She could hardly stand or bathe herself when she finally realized she couldn’t keep living that way, and decided it was time to transform her life.

“Growing up I was always struggling with my weight, and I was also always on a diet,” she said. “My first diet was when I was seven. And it was usually successful, but then I would always gain it back and more.”

By the time she was featured on TLC’s My 600-Lb Life, at 33, Webster had become dependent on her parents for absolutely everything, including getting out of bed.

Watch this Goalcast video if you too need to turn your life around:

Things got so bad that she feared for her life

“It hurt too much to have hope for the future because I wasn’t sure how much time I had,” Nikki said. “I was so unable to do so many things that it was difficult.”

On the show, she was told that she’d have to lose 50 pounds before she could even undergo gastric bypass surgery.

Determined to make lasting change, she lost 130 pounds in just three months by following a strict diet, and then got the life-changing procedure.

Over the course of the following year, Nikki lost a little over 200 pounds and began consulting a therapist, to help keep her on track with her goals while teaching her about healthier coping methods.

At 450 pounds, she still had a long way to go and decided to go under the knife again, this time to remove the huge amount of excess skin left hanging from her stomach.

But then, tragedy struck

Nikki trained at the gym so she could get approved for skin removal surgery, but then had second thoughts when tragedy struck.

Her best friend, Michael, who had been inspired by her successful weight loss journey, died suddenly following gastric bypass complications.

Nikki hit a wall and lost her motivation, as she grieved her friend’s passing.

Knowing that her friend didn’t survive haunted her, but she was determined to go through with the surgery, so she gathered her strength and doubled down on her efforts to get approved.

Around the same time, her friend Marc asked her out on a date, which was the first she’d had in years.

Everything was happening quickly, and she was still filled with anxiety but knew it was time.

“As terrified as I am about surgery, I know this has to happen,” she said.

Despite complications, she made it through

Nikki got over 50 pounds of excess skin surgically removed. Unfortunately, she had complications and was rushed back into surgery with internal bleeding a few days later but luckily, was able to return home soon after.

Following the procedure, she went shopping for jeans for the first time ever.

It’s hard to imagine now how I used to live. It’s just become so vastly different. It’s been hard. It has been the hardest two years of my life, but it’s been the most victorious and exciting.

In two years, she dropped to 194 pounds by getting to know herself and staying focused on her goals despite the obstacles in her way.

Happily married and better than ever

Today, she is happily married to Marc, and workouts out regularly to maintain her weight loss and good health.

“I’m thankful for those people that support and love me unconditionally—that have loved me at 650 lbs..at 200 lbs..and everything in between,” Nikki wrote in a post.

She’s revealed the secret to her success has been consistency

Nikki leaves us with one piece of wisdom and that is consistency.

“Consistency is the most important part of all this and if you don’t have it then it’s really difficult to be successful. While I’ve been able to be consistent, it’s still difficult,” she said.

“Consistency and balance. Balancing my work, which is demanding, and balancing the social lifestyle that I have now, then balancing family and also putting myself and my health, making sure that I plan what I eat, if I’m exercising, those types of things.”