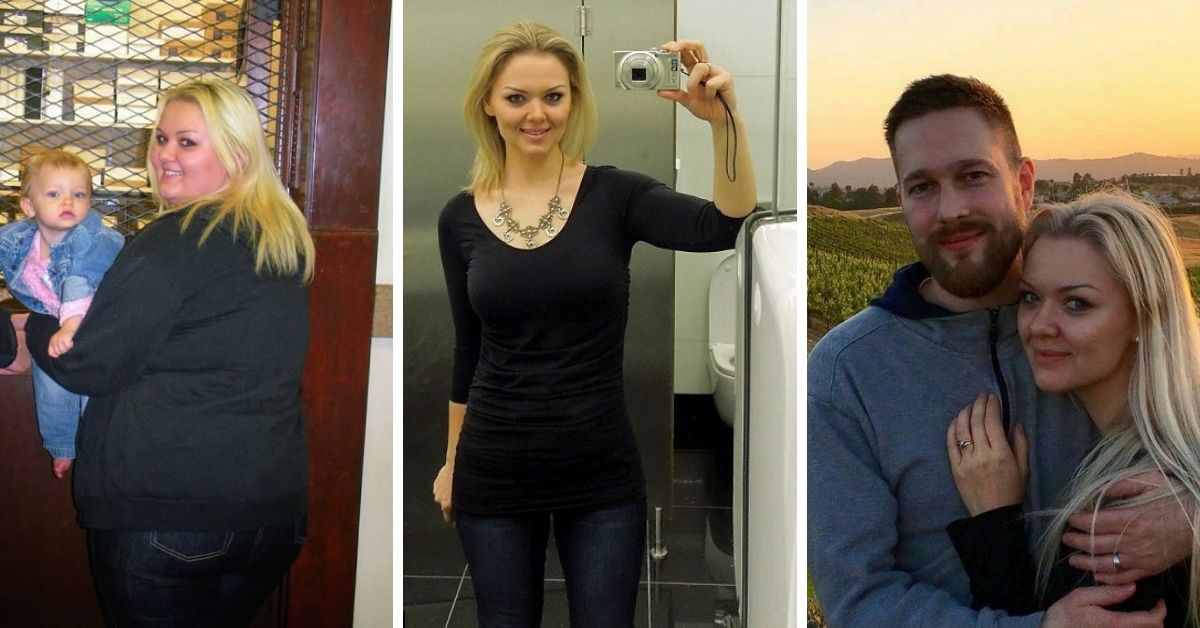 Alvina Rayne was trapped in an abusive relationship, had high blood pressure, severe anxiety and was pre-diabetic before she found the strength to leave her ex and take back control of her life.

At her heaviest, Alvina weighed 274 pounds. Her boyfriend called her a “fat piece of garbage.”

“I remember my ex telling me that if I left him ‘no one would want me’ and that I was ‘worthless, ugly and would never lose the weight even if I tried,’” said the mother of two.

Watch this Goalcast video if you need to make some major change:

A toxic relationship destroyed her

Alvina never had issues with her weight until she got involved in a toxic relationship.

Throughout their time together, her boyfriend was physically, emotionally and verbally abusive. As a result, she became increasingly isolated and depressed, and turned to junk food to cope.

I almost never let my stomach feel hungry, I ate until I was stuffed, the only time I felt comfort was when my stomach was very full.

“I would often eat all the way up until bedtime and sometimes in the middle of the night I’d have two bowls of cereal or some M&Ms.”

She gained so much weight, she had to wear men’s clothes because she no longer fit into women’s sizes.

“I was so overweight that I would get out of breath after climbing one flight of stairs,” she recalled.

Alvina was stuck in a vicious cycle

She reached her heaviest weight after the birth of her first child and her sense of self-worth was completely shattered, keeping her stuck in a destructive cycle of abuse, depression and unhealthy eating habits.

On top of being overweight and depressed, Alvina suffered from polycystic ovary syndrome, left ventricular hypertrophy, high blood pressure, severe anxiety and she was borderline diabetic.

That all changed in 2009, when she finally gathered all of her courage and decided to leave her toxic ex behind, once and for all.

“After years of putting up with the abuse and being isolated from everyone by him, something had to change and it got to a point where I finally told him to get out of my life, forever,” said Rayne.

Not only was she able to leave the relationship, but she took the opportunity to start over and completely transform life.

Whenever I was struggling, I would remember him telling me ‘no one will want you’ which made me even more determined to prove him wrong.

Through her perseverance and dedication, she lost 134 pounds and all of her health conditions were reversed.

“After losing the weight I saw my ex’s mom and she was shocked at my transformation and she told him how much I had changed,” said Alvina.

He tried to come back after her transformation

Later, he called to say he heard that she “put on some hotness” and tried to get her back.

“But there’s no way that would ever happen, I’m happier than I’ve ever been in my life and don’t want anything to do with him ever again.”

In fact, Alvina is now happily married to a man who adores her and treats her “like gold.”

Since then, she’s shared her transformation journey online to help others lose weight.

“Now I want to use my YouTube channel to give people hope that no matter what’s happened to them in the past, they can have a new future,” she said.

She leaves the world with this inspiring message:

“I want others to know that they can start their life completely over, you don’t have to stay where you are, it’s so powerful to realize that you are in control of your body and life.”

These 3 Sentences Will Change Your Life | Lisa Nichols | Inspiring Women of Goalcast
10 strategies to read more books
26 Things I’ve Learned in 26 Years
Woman Shamed For “Small” Engagement Ring Has A Powerful Message To Haters
From Nicaragua To The Most Famous Arms﻿: Meet The Siblings Who Are Changing The Face of Fashion